Has your child been diagnosed with a childhood hemangiom and is he worried? Don’t be afraid, the terminology might sound a bit like a serious problem, but it really isn’t. Find out everything in this article! 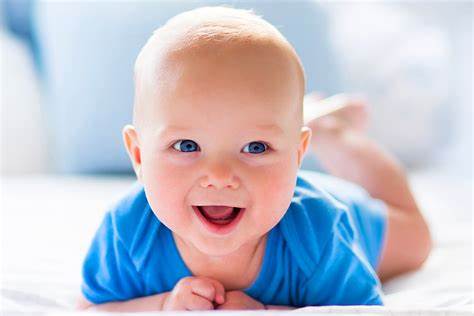 What is an infantile haemangioma?

An infantile haemangioma consists of a benign but excessive and abnormal growth of blood vessels that causes red or bluish nodules on the skin.

This growth can occur anywhere in the body. However, head and neck are the most frequent places where it develops.

If the haemangioma is superficial (the most common type), it appears in the form of a strawberry-colored lump; if, on the other hand, it looks like a bluish bump.

But it is not only on the skin or under the skin that one of these benign tumors can occur. It can also develop in an organ, namely the liver.

At what ages can it occur?

As the name suggests, hemangione is common in childhood. According to an article on the subject published by Pedipedia, it is actually estimated to affect between 3 and 10% of Caucasian children, that is, white skin. In fact, this is the breed where infantile haemangioma is more prevalent.

This benign tumor tends to appear shortly after the baby is born, and after it grows, it must gradually decrease until it disappears. Haemangioma will normally have disappeared between 7 and 10 years.

Are there children at greater risk of developing a haemangioma?

Yes. Still, according to Pedipedia, girls are about 3 to 6 times more affected than boys.

Haemangiomas are even more frequent in premature infants and in newborns with a low birth weight (weighing less than 1500 grams), in twins and in children whose mothers have had at least three children (perennial) and at high gestational age.

How does it evolve?

As we saw above, hemangioma tends to become apparent shortly after birth in 4 to 6 weeks of life. Typically, a phase follows when it grows rapidly until about 9 months of age. Most hemangiomas reach between 0.5 and 5 cm in size. However, it can reach much higher dimensions.

Finally, after about 12 to 18 months of life, a process of natural and gradual reduction of this benign tumor should begin. During this process, the color changes, becomes less red and gradually becomes more gray. The texture becomes softer and flatter.

For diagnosis there are a number of options. Here are some that can be requested:

Given that an infantile haemangioma usually disappears alone, doctors will not normally treat it, but rather keep an eye on it. However, there are cases where this rule is an exception:

Block vision or breathing due to haemangioma
Ulceration, bleeding or infection of the haemangioma
Possibility of causing scarring or important functional and cosmetic changes in children

Treatment should also take into account the age, size and location of the lesion and the growth stage of hemangioma.

Treatment methods include medications (beta-adrenergise blockers), laser application and surgery (if the medicine does not work). Ulcerative cases are treated with bandages and medications applied to the wound.